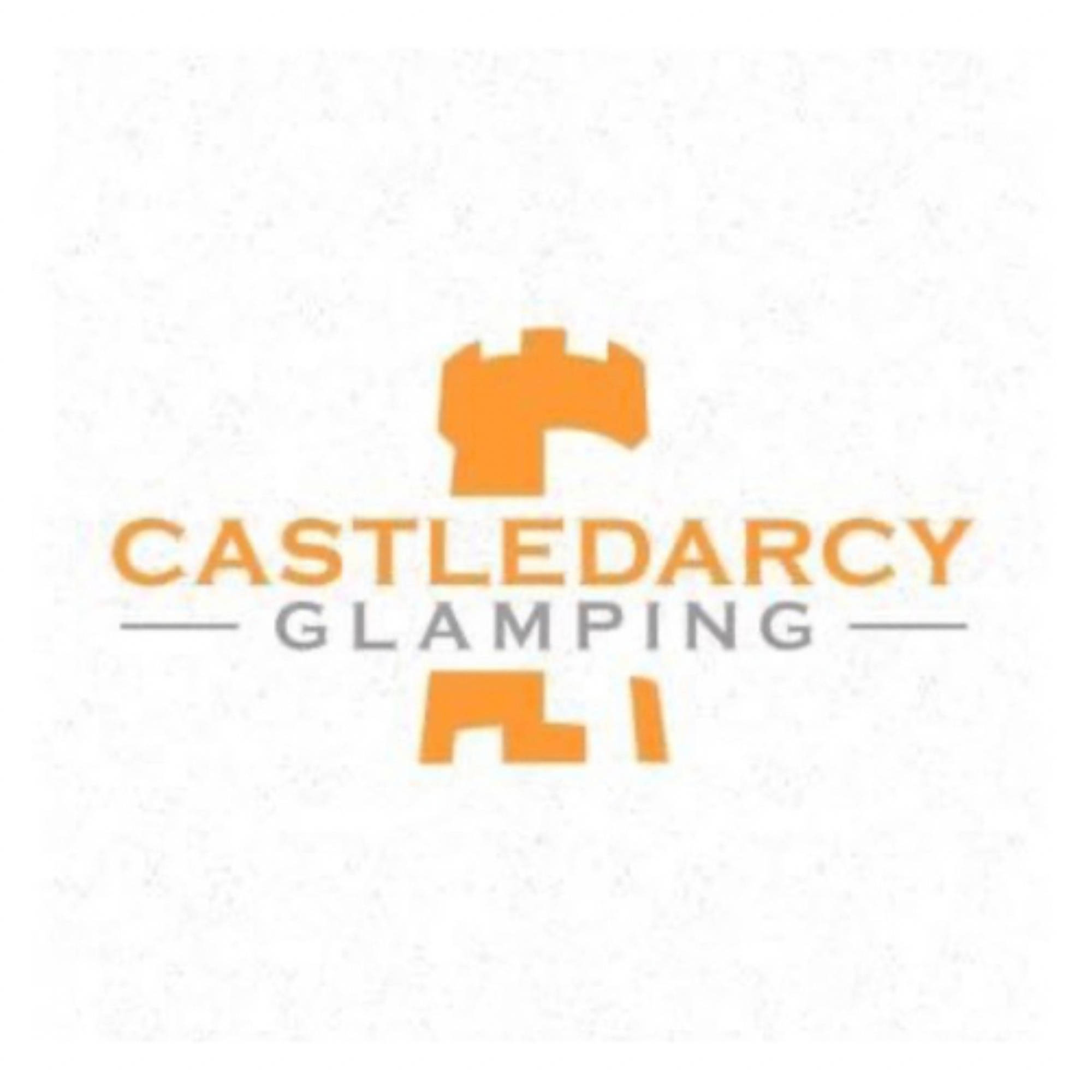 Lahinch is a sandy, crescent-shaped beach, just 15 minute walk from Castledarcy by the resort town on the north west coast of County Clare. The beach directly faces the Atlantic Ocean, meaning it gets the full force of the swells. As a result Lahinch is one of Ireland’s most popular surfing beaches.

The beach itself is over one mile long, stretching from Lahinch resort town to the mouth of the Inagh River. At low tide it is wide and vast, but as the tide rushes in almost all of the sand is submerged.

Lahinch Golf Club is a links golf course in western Ireland, in the town of Lahinch on the northwest coast of County Clare in northern Munster. It is situated approximately thirty-two kilometres (20 mi) northwest of the town of Ennis. In 2016, Golf Digest ranked the Old Course at Lahinch #65 on their list of the world's greatest golf courses.

It was founded 129 years ago in 1892 by Alexander W. Shaw and Richard J. Plummer, officials of Limerick Golf Club. They laid out an 18-hole course, the original course had ten holes on each side of the road. It has often been described as the "St. Andrew's" of Ireland.

Lahinch Golf Club
The original links was laid out by Old Tom Morris; Alister MacKenzie, who co-designed Augusta National Golf Club, redesigned the Old Course and extended the links in 1927 for a fee of £2000. Lahinch is actually two 18-hole courses, the Old Course, is between the road and the sea, situated at the opposite side of the road from the Old Course is the Castle Course. The Castle Course is a flatter links named after the ruins of a nearby castle tower that stands to the north of the course. One unusual feature of the Old Course is the presence of goats which are allowed to roam freely across the course. They were originally owned by a caddie who lived near the course, and in 1956 a goat was incorporated into the club's logo.

Lahinch Golf Club is home to the South of Ireland Championship, an amateur golf tournament which began in 1895. Notable winners include Joe Carr in 1969, Darren Clarke in 1989, Paul McGinley in 1991 and Graeme McDowell in 2000. Ireland's Pádraig Harrington finished runner up on two occasions.

Lahinch Golf Club hosted the 2019 Dubai Duty Free Irish Open, which was played from 4–7 July. The tournament was hosted by Paul McGinley and won by Jon Rahm.

Located on the River Inagh, Ennistymon is a beautiful area for both business and pleasure – combining scenic, natural beauty with old world charm and a lively local shopping area.
The narrow street near the bridge over the Inagh River is the oldest part of the town – and a little below the bridge, the river rushes over an extensive ridge of rocks resulting in the most beautiful of cascades. The shops are all within walking distance of each other – the fronts of which are all tastefully preserved to be true to the heritage of the town. The friendly welcomes you’ll receive and busy, happy ambience is reminiscent of bygone days – and yet the town also gives visitors the chance to relax, sit back and enjoy the atmosphere of the many bars and restaurants.

Situated on the Wild Atlantic Way on Irelands west coast the Cliffs of Moher boast some of the most breathtaking scenery in Ireland.

Rising slowly from Doolin they ascend to over 700 feet (213 metres) stretching south for nearly five miles (8km) to Hags head. They have become one of Irelads premier tourist attraction and a must see for many people visiting Ireland. Just under 13km from Castledarcy.

Moher Hill Open Farm and Leisure Park is situated overlooking Liscannor Bay and is much more than a fun family filled day out. This 14 acre open farm, which has been featured on RTE programmes, ensures that children and adults alike have an opportunity to learn about and interact with their favourite animals in breathtaking surroundings.

The farm has a wide range of activities to ensure that all ages are kept entertained, regardless of the weather with bouncing castle, in-door and out-door go karts, ball pool, all weather out-door play area and miniature golf course.

The vast, moon-like Burren in County Clare is one of Ireland's most compelling landscapes. Here, cool grey rock etched with crevices and cracks tumbles down to the wild blue Atlantic Ocean. The result is one of nature's most extraordinary phenomena: a huge rocky pavement dotted with rock formations, caves and fossils, as well as an incredible array of flowers, from native species to Arctic, Alpine and Mediterranean plants.

Also while there, you should visit the Burren Perfumery.it is a family owned business hidden away in the heart of the Burren hills with a beautiful shop and a fantastic tea rooms.

The award-winning Doolin Cave and visitor centre is home to the Great Stalactite.

At 7.3 metres (23feet) it is the longest free-hanging stalactite in Europe. The Great Stalactite, suspended from the ceiling like a chandelier, is truly astounding.

Visitors can hardly believe that it was formed from a single drop of water over thousands of years.

Located In the heart of the Burren just under 40 minutes from Casteldarcy Glamping  Aillwee Cave is a place full of wonder, beauty and discovery, loved by young and old alike.

Enjoy a 30 minute guided tour of this dramatic underworld through beautiful caverns, over bridged chasms, and alongside the thunderous waterfall.

The perfect gift can be got at the Aillwee Cave Gift Shops, everything from local crafts to knitwear to a simple fridge magnet to help remember your day. Relax and unwind in the family friendly tea rooms, sample some homemade delights in the farm shop or sit back on the terrace with a glass of wine and enjoy spectacular views of Galway Bay, - a little bit of heaven.

Loop Head Lighthouse is perched right at the end of Loop Head Peninsula in stunning West Clare.
Uncover the fascinating history of Loop Head lighthouse with interactive exhibits in the Lightkeeper’s Cottage, or take a guided tour up the lighthouse tower and onto the balcony. Weather permitting, you’ll enjoy fantastic views south as far as the Blasket Islands and north to the Twelve Pins in Connemara, along the Wild Atlantic Way. It’s also the perfect place to spot whales, dolphins and seals from, while the rock ledges and caves of the dramatic cliffs are home to many (noisy) seabirds.

Mighty and beautiful old stone walls, behind which an enchanted garden thrives. This is the Vandeleur Walled Garden – once the private garden of Kilrush House, ancestral home to the landed gentry Vandeleur family in the early 19th Century. Here, a horticultural medley of trees, flowers and plants make a garden that offers you a fascinating glimpse into the past combined with a beautiful, re-designed look for a new generation of garden lovers.

Once forgotten, the Vandeleur Walled Garden underwent restoration work in 1997 and today invites you to enjoy a rich array of unusual and exotic plants that thrive in the area’s uniquely western-latitude micro-climate.

Ireland’s original award winning Pre-historic Park. Explore the roots of the people, homesteads, animals and artifacts of our Celtic ancestors of over 1,000 years ago which have touched and shaped how we live today.

Set on 26 acres of unspolit Clare countryside, Bunratty Folk Park features over 30 buildings in a ‘living’ village and rural setting. Rural farmhouses, village shops and streets are recreated and furnished as they would have appeared at that time according to their social standing, from the poorest one roomed dwelling to Bunratty House a fine example of a Georgian residence built 1804 home of the Studdarts, the last family to occupy Bunratty Castle.